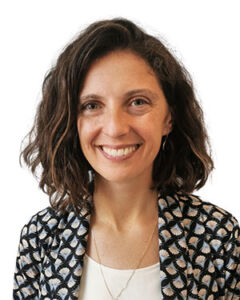 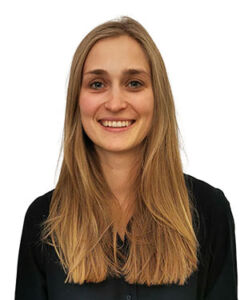 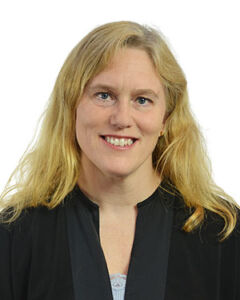 Resilient food supply chains are at the core of the urgent need to shift towards sustainable and healthy food systems. Yet, this transformation is disrupted by global crises, driving up global food prices, increasing the number of people living in poverty, and leading to the double burden of malnutrition. The COVID-19 pandemic already inflated prices for food and other basic staples. The environmental crisis with climate-related weather extremes has affected the productivity of all agricultural and fishery sectors, with negative consequences for food security and livelihoods, as stated by the latest IPCC report with high confidence.

The world is now facing a new, tragic crisis – a war being fought in the country that is one of the breadbaskets of the world. When Russia´s president decided to invade Ukraine, he directly put global food security at risk. In view of the current humanitarian crisis and daily war crimes that are happening in the Ukraine, restoring the safety and health of the people should be the primary focus. However, it is also important to address the negative long-term consequences the conflict induces on the global food supply chain, threatening food availability in other countries. This threat has even prompted the neighboring country of Moldova to ban exports of wheat and maize, reflecting the concern over these consequences. However, it is important to be aware of the essential role that Ukraine and Russia in particular are playing as global food suppliers. They are major producers and exporters of sunflower oil, wheat, corn, and barley. As such, they are an essential exporter to low- and middle-income countries, particularly Egypt, Lebanon and Yemen- countries where millions already face poverty and malnutrition due to the pandemic, other conflicts and climate crisis induced weather extremes.

The current geopolitical environment drastically alters the supply of key commodities on the global market with numerous downstream consequences. In Sweden, food supply does not directly depend on importing grains from Ukraine and Russia, either for food or animal feed – Sweden is importing less than 0.01% of all their commodities trade from Ukraine and only 2.9% from Russia (mostly fossil fuels). However, the interconnectedness of the food system and its dependency on energy prices means that Sweden will be impacted. This led the Federation of Swedish Farmers (LRF) to set up a strategic crisis group to monitor the developments and analyze the impact of the war in Ukraine on the Swedish food supply chain. According to their analysis, Swedish farmers rely on Russia for about 20% of their fertilizer, but this will have minimal impact on this growing season, although there could be more dramatic impacts on next year’s crops. While Sweden is not dependent on Russian or Ukrainian grains for animal feed, reduced global supply of fodder has already led to record high feed prices. In addition, Russia and Ukraine export raw materials such as oil and gas to other European countries (especially Germany), which process them into products that are then imported to Sweden. According to the analysis by LRF, the Swedish food market will be most directly impacted by the rising energy prices.

Seeing the connectedness of our food system in this crisis, we must prepare for increasing disruptions to our usual patterns of buying and eating, whether due to pandemics, war, or increasing extreme weather. A group of scientists published a statement outlining the need to transform the global food system as a response to the Ukrainian crisis- now more than ever. Signed by more than 500 highly recognized food system researchers in just four days, the authors proposed three key strategies: i) accelerate the shift towards healthier diets with less animal production, ii) increase the production of legumes, and iii) reduce the amount of food waste.

But how can we in Sweden prepare ourselves to feed our communities and contribute to future disaster relief in other places in the face of such uncertainty? One promising possibility to build resilience, that was also pointed out in the aforementioned statement, is to domestically produce more grain legumes for humans to eat.

All of our food futures require us, as a population, to eat less red meat. Just over two percent of arable land in Sweden is currently used for grain legume production, most of which are fava beans and yellow peas used as animal feed. Swedish farmers currently producing grain legumes for feed can transition to producing them for food as they are generally suitable for human consumption, too. Indeed, food systems organized around pulse production can improve human and ecosystem health, and recent European research has called for actors from governments to farmers to work together on a transition to increased legume consumption and production. But why focus on pulses?

Researchers at SLU are actively exploring these pathways in Sweden, including modeling land use for food production, exploring environmental impacts of domestic production, and developing legume-based products in partnership with Nordic companies. Their research shows that a transition to increased production in Sweden is possible if we focus on the following: aid farmers in transitioning their crop systems; establish domestic processing of legumes to lessen environmental impact and decrease production costs; and develop new products to appeal to consumer demands for healthy, tasty, and convenient plant-based products.

Few countries can sustain the nutrition requirements and economic health of their populations without global trade, and we are not arguing for Swedish isolation from the global food market. Rather, we think shifting domestic production toward a system that focuses on human food production can further strengthen the resiliency of the food system, preparing for an uncertain future. Facing increasing risk of severe climate events that disrupt food production and trade, we must act now to prepare our food system to weather the type of unexpected changes we see happening now due to the war being waged in Ukraine. We address these future risks recognizing the immediate needs for health and safety in Ukraine. If we can increase grain legume production in Sweden, we will be poised to provide safe and nutritious food supplies in future times of urgent need.